Most Convenient, Trustworthy & Affordable Dissertation Writing Service UK
We Aim to Provide The Best Dissertation Help Through Our Team of 100+ Native British Writers Who Are At Your Disposal And Ready to Complete Any Dissertation On Any Topic Within 24 Hours.
SAFE & TRUSTED
ALWAYS ON TIME

How to overcome the fear of failure: Tips for college students 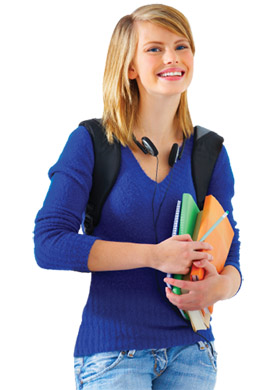 The Concept of Fear of Failure

Personal Consequences: Students feel ashamed of their incompetence and shortcomings. They consider themselves guilty and worthless.

Influence on Career: Failure also influences our career. It reduces the chances of better jobs which affects the social status.

These are some important consequences that arise fear in the students after failure. However, it is not very difficult to overcome this fear. Some of the important tactics to overcome the fear of failure are as follows:

Try to read the stories of successful people. Every successful person has achieved their goal after facing a lot of failures. Their failures were not mightier than their struggle. Their efforts after many attempts of failure have made them successful. Students should be encouraged to read their stories. It would help them to reduce the fear of failure.

If students face certain failures they should appreciate their efforts rather than blaming themselves for their failures. They should change their goals. They should focus on how to improve their performance. For example, if a student fails in the exams instead of getting disappointed they should focus attention on what they have achieved; such as how much knowledge has been achieved.  Motivation will boost their energy and they will regain their strengths.

Try to find out your weaknesses. Compare it to the weaknesses and shortcomings of your parents and teachers. Also, try to evaluate how they overcome such a situation. Create a positive atmosphere for yourself. Relate their experiences with your life. It is very important to understand your fear. It should be faced and reduced rather than neglected. Think of what lies behind the failure.

Another noticeable thing is training. One should be properly trained. Also, The training must deal with the causes of failure and its consequences. It would help you in visualizing a situation that would

Self-motivation is very important. The most important step of self-motivation is to unveil your own strengths and weaknesses. There is always a situation that frightens students of failure. In order to overcome failure, find out that situation and separate it from your failure.

Evaluate yourself by asking these three questions:

Your mind may not support you in answering these questions on the first attempt. That is why ask at least three times. Your answers will overcome your fear.